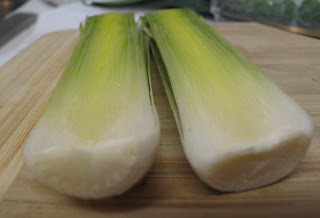 A good food writer knows how to describe a dish so that you feel like you are eating it right there with them. They clearly describe how it tastes, how it feels, if it burns the tip of your tongue or if the spice hits the back of your throat. I read about food on a daily basis but on occasion, I read something that makes me remember what I imagined eating it was like.

Someone once wrote about Potato Leek Soup that made me have a food memory even though I didn't actually eat it. Julie Powell who wrote "Julie and Julia: My Year of Cooking Dangerously" did this for me. In her book, she wrote about having a disheartening day and coming home to make a pot of "Potage Parmentier" and feeling hope again. She doesn't go into much detail about how salty the soup tasted or if you could taste the butter. But I've had those kinds of days. I know that feeling when something so simple can comfort you. It usually is a bowl of Pho but Potato Leek soup is a little simpler to make. 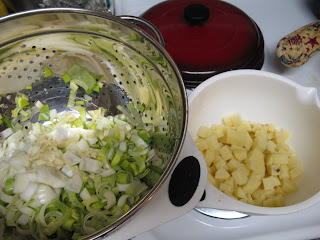 3. Puree soup in batches in processor until smooth. (I used an immersion blender in the pot.) Return to saucepan. Add the half and half and stir. Thin with additional stock if soup is too thick. Season with pepper.

4. Pour into bowls and garnish with chives. 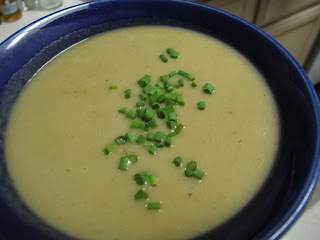 As you can see, the soup turned out brown but it tasted wonderful. All that caramelized flavor comes through in the soup. The potatoes made the soup thick and it felt hearty. I did not taste the thyme or the bay leaf in the soup but I'm sure they added to it's richness. I didn't add any salt to this soup but I did add on chicken bouillon cube because the stock I used was homemade and somewhat weak in flavor. Even if you are using regular stock, taste it before you salt it. I would bet it won't need any salt.
This was one of those meals where you can come home and throw it together in less than one hour. I had most of the ingredients on hand and really only needed to buy the leeks. Marshall and I ate the soup with some toasted bread and were happy. The soup is so simple and comforting.

One thing I learned from this cooking experience is that you must take the time to read the recipe's comments and reviews when you find it online. From the reviewers, I learned that the soup needed some extra ingredients to give it more flavor. So I added the extra half onion, garlic, thyme, and bay leaf. I'm almost certain I would have been disappointed if I didn't add these things. It is so much more enjoyable to learn from others than to eat a bad meal. (Pretty obvious...I know.)
Posted by Sylvie at 9:00 AM 2 comments: 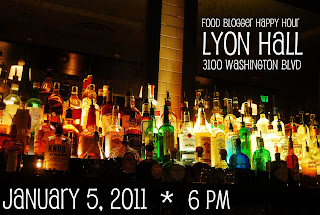 Pork Schnitzel. This dish alone is what makes me want to go back to Lyon Hall. I had a good dinner there last August for Restaurant Week but it was the Pork Schnitzel that has branded Lyon Hall to my brain. Pork Schnitzel is a breaded pork chop that is fried. Light, flavorful, and perfect with the Lingonberry sauce. Nom.

The DC Food Blogger Happy Hour will be held here on Wednesday, January 5th from 6pm on. Happy hour deals include house-made franks & brats for $5, $5 SJF Cocktails, 1/2 price Wine by the Glass, $3 Session beers from Draft Beer Menu. Lyon Hall will be extending their happy hour deals until 7:30pm. Hope you can make it out to Arlington to join the fun.

Thank you to JC from Little Lady Cooks and Jenna from Modern Domestic for organizing and hosting!
Posted by Sylvie at 3:58 PM No comments: 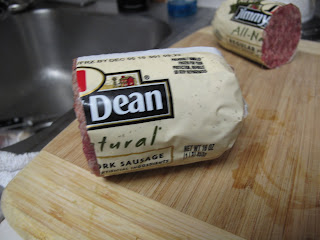 A few months ago, I attempted to make a healthy meatloaf adapted from several recipes. It was suppose to be a turkey meatloaf that included sauteed zucchini and onions in it. Somehow, with herbs and a good helping of ketchup, I was going to make it delicious. What ended up coming out of the oven after an hour and a half of cooking was basically a meat mush. The color was a horrible sandy tan color. The liquid that rose to the top was murky with turkey impurities. There was no shape. It just lay there; a moist hill of meat. It went from the oven to the trash. I couldn't even look at it.

It was one of those cooking experiences that scars you. The kind where the fail was so harsh that you think about it and think about it until you are sure that you would never be able to make that particular dish successful. This was something I needed to overcome.

One day, Married with Dinner posted a comment on Twitter about meatloaf. I asked her which recipe she used and she forwarded it to me. Nutmeg? Allspice? Breakfast sausage? This was not a typical meatloaf recipe. But she had assured me that it was delicious and has converted meatloaf haters. 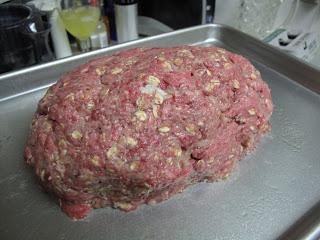 Married with Dinner's Meatloaf (click here for recipe)
(not adapted. I made this one exactly as she described it.)

Most items purchased at Trader Joes. 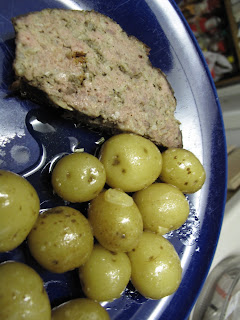 This is a good meatloaf. Grating the onions made a difference because I find (from eating other people's meatloaves) the diced onions tend to break up the loaf and makes it crumbly. This was a solid meatloaf that was tender and moist (we ate it with ketchup on the side.) We cooked it for an extra 15 minutes because the juices did not run clear when we cut into it after 75 minutes. If we were to do this again, I would add a bit of fresh parsley to the mix to give it some green and little fresh kick to the meatloaf. If a mushroom gravy was made on the side, it would have been a good asset to the dish. But otherwise, this was a solid and satisfying meatloaf. We will make this again.
Posted by Sylvie at 2:55 AM 2 comments: